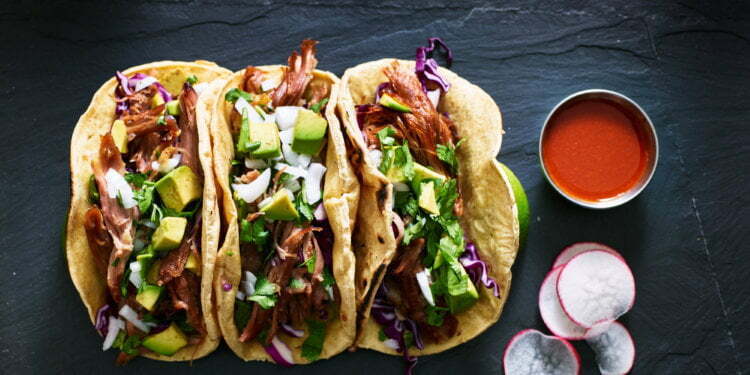 A rich tradition of street food in Mexico has endured and continued to thrive as its influence has spread far and wide. But no street food is as celebrated and varied as the humble taco. Throughout Mexico’s nine regions, tacos are as diverse as they are ubiquitous. Types of Mexican tacos range from soft to hard-shell, slow-cooked lamb, to battered seafood. Let’s also not forget the countless combinations of toppings on offer. Whether they are deeply traditional types of authentic Mexican tacos or modern takes that incorporate other cultures’ culinary heritage, these small staples of Mexican cuisine are among the most popular dishes on the planet. 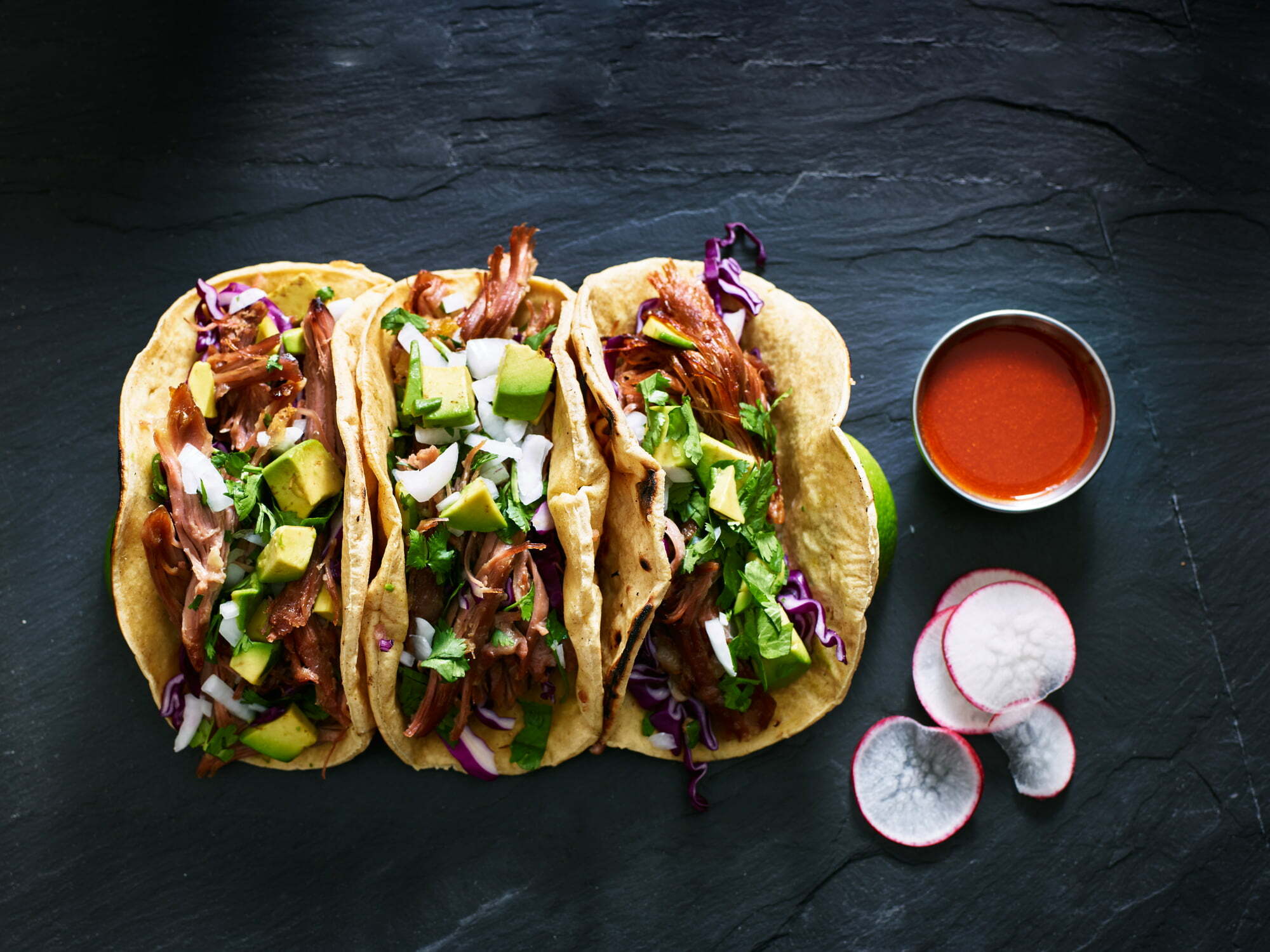 As you may imagine, ‘traditional’ tacos are a vast category. Each region has a myriad of traditions for which filling to use and how to cook it. Popularized in central Mexico, Tacos de barbacoa consists of lamb cooked overnight in a ground pit oven. The lamb, protected by banana or agave leaves as it boils, is shredded before landing in a soft corn tortilla. The juices from the lamb are also collected and made into a broth served on the side called consommé.

Carnitas are pork tacos that are rumored to have been invented by the Spanish after the defeat of the Aztecs. Pork shoulder, or tripe or pork skin for the bold, are slowly fried in lard until shreddable and placed in a fresh tortilla. Western Mexico is home to the taco de birria. A spicy goat stew prepared with guajillo chilies, birria is a traditional meal for special occasions. Yet, when served in taco form, they are a popular hangover remedy. There are lots more different types of Mexican tacos that use almost any filling you can imagine. Even dried and toasted grasshoppers called chapulines, which are very popular throughout Mexico.

As tacos’ popularity spread northwards into the US, some Mexican traditions were upheld while others were replaced with fresh ideas about what tacos could be. This led to Mexican fusion cuisines like Tex-Mex. Tex-Mex (a fusion of Texan and Mexican cuisines) has exploded in popularity since its inception. It combines traditional elements of Mexican cooking with more Texan flavors and techniques. The results create some truly mouth-watering combinations.

For example, this Tex-Mex recipe workbook details making tacos de birria with short beef ribs instead of the traditional goat. Another fusion taco is the Baja-style taco, sometimes called tacos de Pescado. Originating in Baja California on Mexico’s Pacific coast, these tacos come with various battered seafood fillings. Japanese immigrants brought tempura–a light and crispy batter that’s used to coat seafood before deep-frying. This became a popular staple in the region and has continued to grow in popularity since.

Tacos are a prime example of a dish that keeps on giving. Traditional recipes are so popular because they are so deceptively simple and delicious. Their modern, fusion-based cousins cannot outshine the many Mexican tacos, but culinary innovations have led to groundbreaking inventions. Like the chocolate & cream dessert taco! If this article has got your mouth watering, check out our recipes for some tasty eats you can make at home.